Dear customer, please note that the individual tax rate (VAT) of your shipping country will be calculated at check out!

“It’s Gonna Blow!!! – San Diego’s Music Underground 1986-1996? chronicles San Diego’s progression from DIY to ‘next Seattle’ industry hype. A motley community of musicians with a do-it-yourself ethos and an aversion to mainstream culture develop their idiosyncratic sounds in the isolation of San Diego, but soon find themselves at the center of bidding wars and expense account lunches. What happens when the outcasts become the next big thing? 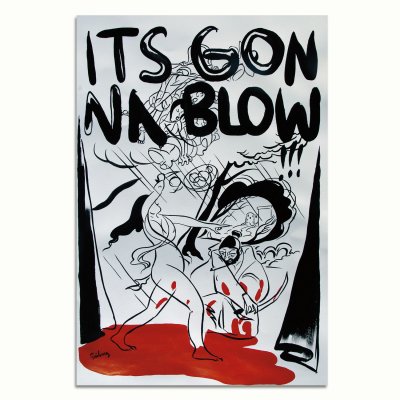 Nice, added to your cart!

As we are currently doing our annual stock count, we would like to let you know that there might be delays up to a week in our fulfillment and shipping process. So in case you do not get your order as quickly as usual from us, please be patient and give us some extra time.

We are sorry for any inconvenience caused and appreciate your understanding. Once we have finalized our stock count, orders will be shipped asap!